The Importance of Changing the World 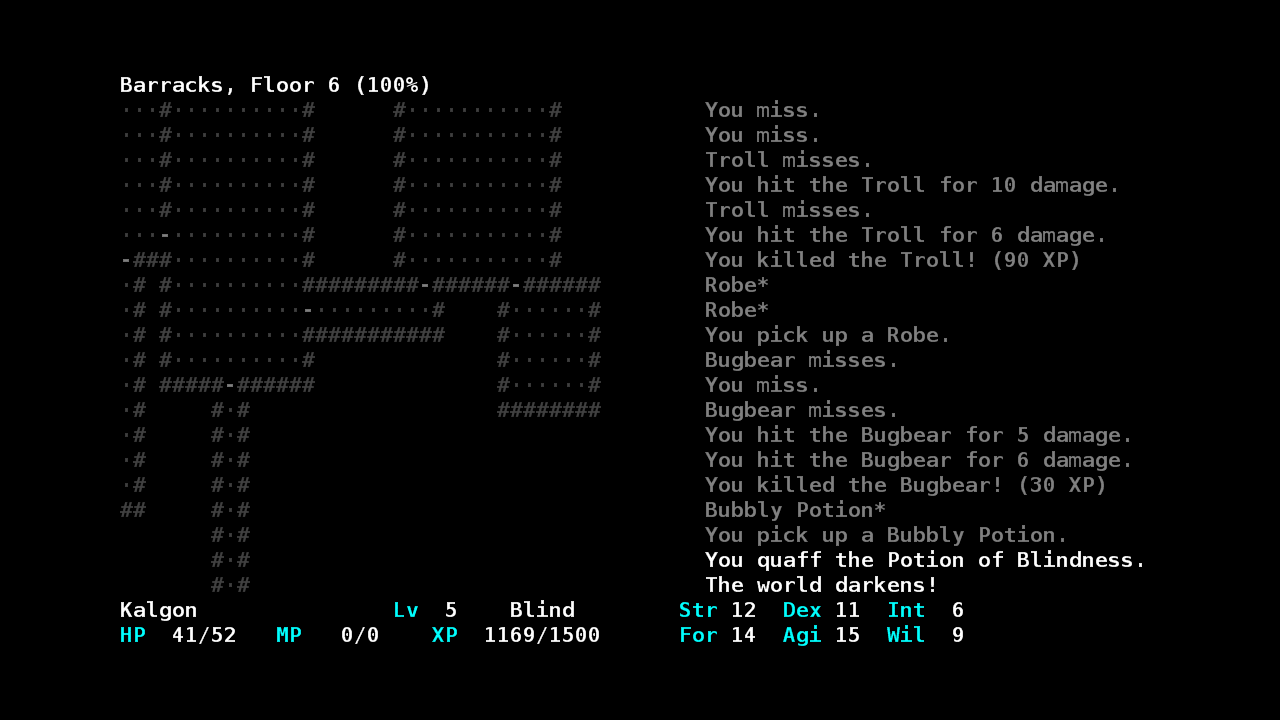 I am willing to put money on that the readership of this article has played, at some point in their lives, an RPG. No I do not mean Rocket Propelled Grenade for those of you who are modern shooter aficionados, I instead me Role playing games. 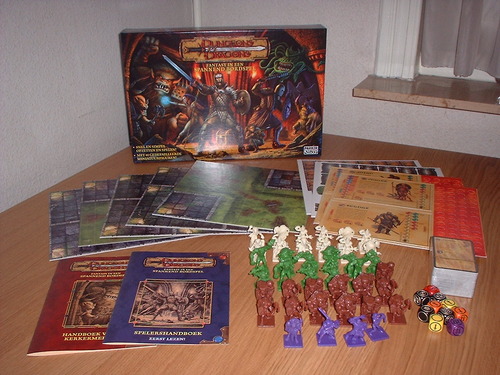 D&D: The Board Game, by Tactical Studies Rules, Inc.

Most can find their roots in old pen and paper games that were held in the attics or bedrooms of enthusiasts all across the world. However, in modern times, most have become video games which has been both a boon and a hindrance to the genre.  Originally, when friends were huddled around a table pretending to rid the world of a princess eating dragon, all of the action was controlled by a DM or dungeon master (this is true in the case of Dungeons and Dragons I am not well versed in many others so apologies if I do not get the terminology correct). He or she would remember the story as it progressed and more often than not, allow it to adapt to the players’ actions and the consequences of significant events. In the modern world, a game may have as a selling point, that it contains a branching story. This should not be the case. If you consider the difference between the two many might realise that it the state of RPG’s has gone downhill a bit. Now I appreciate that making a good game is harder than trying to throw a javelin up the arse of a passing hummingbird and with an RPG it is like doing it blindfolded whilst on fire. However, with the rapid improvement of artificial intelligence surely we must be able to get one to the point of a nerd with an overactive imagination?

I am sure many of you have played the Elder Scrolls games. I have currently logged about 60 hours into Skyrim, the latest non-MMO iteration of that game and I can honestly say that I have done nothing. Or rather the population of Skyrim do not seem notice all the things I do. I could brutally murder a dragon whilst it enjoys a nice elk or dog or Viking forearm, saving a small village from certain doom and they are completely oblivious to it five minutes later. The same could be applied to Fallout 3. Kill a load of bandits that are set up down the road, opening some important travel route that everyone can use, and all they do is tell me that I should perhaps go back to tracking down someone plot related that I could not care less about.

Some gamers often say that they need “immersion” when playing. This could be when storming the beaches of Normandy, solving puzzles with geometric shapes and Stephen Merchant or dressing up ponies.  Many games do not have this and so they have a distinct lack of immersion and are such panned by the hardcore crowd. Sadly, in the case of most RPG’s, people who wish to play them do not really have a choice. 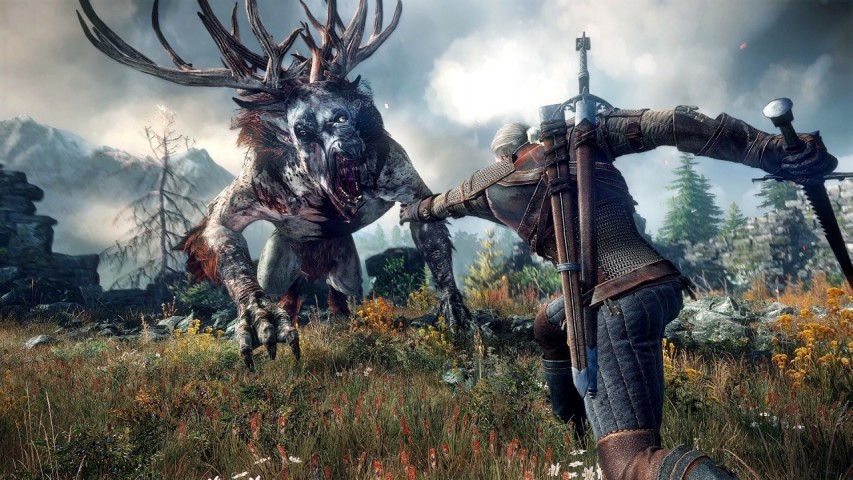 Do not get me wrong, a lot of games do get immersion right and have created some stellar works of, what could be described as, art. Take The Witcher 3, a stellar game that is one of the best I have played in a long while. CD Projekt Red manages to make the world seem alive, things do change depending on your actions and, the odd bug excluded, does follow up on the phrase “open world”. So what does The Witcher have that so many other RPGs do not? Many would say funding or a base in literature but in my opinion, it is that remembers things. NPCs will react differently to you depending on whether you have killed someone or not, sometimes they will give you a discount at shops or may even affect the main storyline in ways that seem minor at first. I realise I am being vague but I would not want to spoil any area of that game since you really need to play it for yourself.

Many new games do show the necessary promise that they may have the qualities to be great. Fallout 4, everyone’s favourite post-apocalyptic life simulator, has been one of the most talked about announcements from E3 this year. In a gameplay trailer released not long afterwards it was shown that the protagonist would now speak, that the dog had a purpose and that you could build settlements. All of these things, when done correctly, should make a game tremendous. I, as I am sure many do, hope that by having a speaking protagonist that perhaps people will remember the conversations you have with them, finally making the charisma skill tree useful. With the introduction of crafting that makes sense perhaps you will be able to found your own towns, make people trade with your little town and make it relevant to the story so that you can make the wasteland a better place. We will have to see. 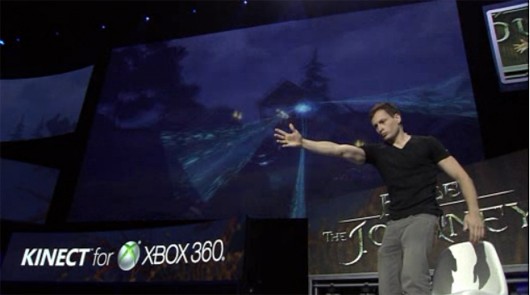 ‘Fable: The Journey’ uses Kinect for some reason.

To return to the title of this article, video games need to remember the importance of changing the world. Yes, many game worlds adapt to the storyline of the game which is good. However, they change around the character and not with them. The Fable franchise is an example of this. I have only played the first three since I refuse to use a Kinect so maybe they changed after that so pardon my ignorance if they did. However, in Fable 2, you can constantly choose whether to kill people or now and use the standard red and blue morality system to determine whether you should have done or not. This is all well and good when you are first playing the game but after four instances of me playing it and choosing different endings with each, nothing is different. If you are bad, people hate you but do not lynch you in the Bowerstone town square, nor if you are the very embodiment of sanctity do they crown or king or make you some sort of deity. In Fable 3 you do become king of Albion but again nobody cares, you could be a tyrant and all that happens is that you get some red filters over the screen.

The Mass Effect franchise almost cracked the formula over their three main games. They raised our hopes with being able to bring over our save games from previous titles but in the end it all rested on which colour you preferred, the story was the same even if everyone but Shepherd died. Really they are a prime example of the world changing around the characters, not with them.

In a perfect RPG, in my mind anyway, you would be able to choose your character’s origin story not just their appearance. Then everything that you have crafted in, if you are like me, the hours of character creation screens would be used to shape the world around you and affect the outcome of the game and possibly the villains and your allies. How many gamers would like an RPG where depending on your allegiances you can eventually become the villain of the game and not be dissuaded by the grim reminders of a binary morality? How many would like to be able to demolish buildings at will and have the game change around you. Sadly a game like that will probably not exist in my lifetime so it is all wishful thinking on my part…it would be cool though. 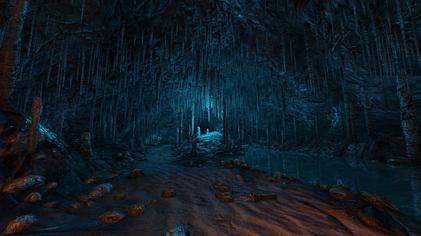 Many call ‘Dear Esther‘ by The Chinese Room a walking simulator.

If we look at the other end of the spectrum though, an RPG where the protagonist might as well be vacant, we get a game that is as fun as a politician is a vertebrate. Some people consider Dear Esther to be an RPG, this might be true; I am yet to play it, but from what I have heard the player has no interaction with anything but some letters. That, to me anyway, sounds as dull as party political broadcast. If the games industry could shy away from anything like this in the future I would be most grateful. If they would also not include any downloadable content that does not benefit the game whatsoever then the skies would part and Lucifer would be wearing a scarf and gloves.

Now, many of you may be reading this and complaining that X game is not included in this article. If it is not included it is probably because I could not think of it but it is safe to say that there will be many games that I do not know of that fit my idea of a ‘perfect’ RPG. Before anyone does say it I must say that the Deus Ex franchise remains one of my favourites and from what I have read about Mankind Divided it is shaping up to be another eidolon of branching stories all covered in a gold filter. As soon as it comes out I shall probably report back on it. Some of you maybe now be shouting “But what about MMORPG’s you longhaired, druid bearded clot?” to them I say, look at World of Warcraft. Sit in Dalaran for a while and wait until Rhonin, leader of the Kirin Tor, starts shouting about someone having killed Algalon the Observer. Wait another ten minutes and you will hear the same thing again. That is not changing the world, it is just annoying when fishing.

As I have previously stated, making an RPG is difficult. It is probably harder to make than any other game and many unfortunately die before they have a chance to be played. Of course many do get played that should never be, most can be found on steam green-light as I write this. I am not calling for a mass reboot of all franchises to account for newer ideas and concepts, nor am I saying that every old RPG was good. I merely ask that perhaps instead of making a zombie survival game with the letter Z in the name, or a modern day shooter retelling the life of the world’s first bullet absorbing man who bleeds from his eyes, the games industry perhaps goes back to looking at RPGs and trying to make a great one, or at least a passable one anyway.