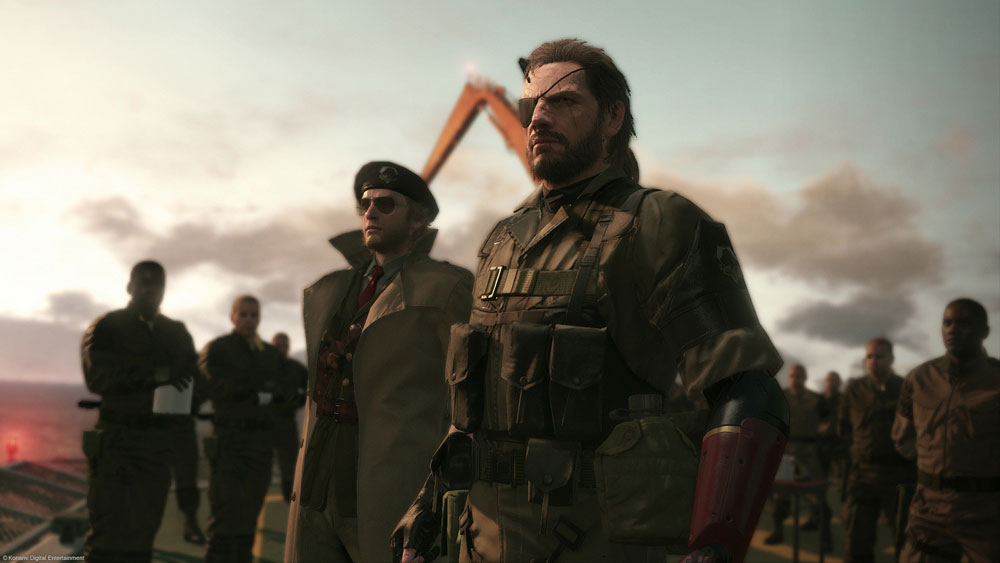 I am a fan of the Metal Gear franchise. Other than The Witcher 3, Metal Gear Solid V: The Phantom Pain was a game that I had been following since they teased us with Ground Zeroes. Now upon time of publication it is 18 minutes past 4 in the morning on September 1st or V day as I have been calling it since it is the day the aforementioned game is due to be released. Imagine my surprise when I discover that it will not have a preload option on our beloved Steam.

Let me take you back through the annals of time to about four years ago where I was using a certain internet service provider who sadly cannot be named for journalism reasons. To cut a long story short my connection was the equivalent of strapping a message to a rather geriatric snail and sending it to India. I have now switched so the snail has been retired and I can now download your average game in a few hours providing it is not raining, or sunny, or someone nearby the router is yodelling.

In the current market of triple-A games, most have a gigabyte for each pound that you pay for it. For example, The Witcher 3 (yes I will stop harping on about this game eventually but you really should play it) is around 35GB. Dark Souls 2: Scholar of the First Sin is around 18GB although I got that in the sale. The point I am getting at is some people may still have a download speed that is slower than an inebriated sloth. If you want to download a modern game you would be waiting weeks and if they have day one patches, you wait even longer without being able to enjoy your well-earned game. Steam, or rather publishers of games on steam, will normally allow you to preload your game so that you can take that much needed week but before the game has come out so you can just unpack the files and play, day one patch provided.

With Metal Gear Solid V: The Phantom Pain not having such an option, some people may have to wait that week and not get to experience the swan song of that visionary auteur Hideo Kojima as quickly as the rest of us. In order to rub salt into the wound console users who digitally purchased their copy, can preload the files so they can play at their convenience on release day. I appreciate that this is old news to many people who might be reading this but it is news to me since I have been listening to Here’s To You from Ground Zeroes on repeat all week.

The fifth instalment of Metal Gear Solid does look to be an amazing game and I hope that it is when we all get to play it. Current reviews are giving it top scores so there is nothing too shabby on that front. All we can do is hope that Konami do not bugger everything up like they have done Silent Hill.