Firewatch is pretty great!.. and if you’ve not played it I’ll try not to spoil it for you!

Made by Campo Santo a new developer from San Francisco, Firewatch is a walking simulator done right!… In fact to call it a walking simulation is might a bit harsh as games like Everybody’s Gone to the Rapture and Dear Esther have a bit of a bad rep in the gaming community… although the game is primarily walking from A to B to perform a task to then walk to C then back via a shortcut to A… however it’s more than that… 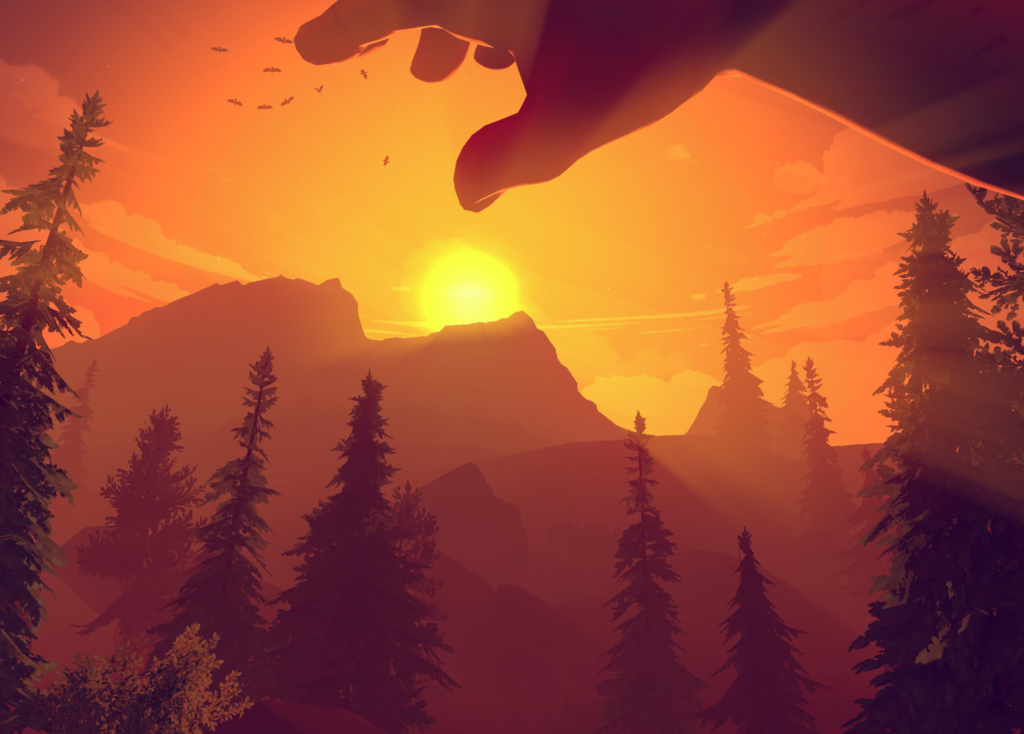 You play as Henry, the game beings with a choose your own adventure like backstory to introduce you to the character. This was a very effective way to get me engaged in the game quickly as rather than skipping though the prologue, I was actively making some choices which may or may not affect the gameplay. You climb to the top of your tower and are immediately introduced to your supervisor Delilah. A great mechanic that is used heavily throughout the game is the radio, when speaking with Delilah it was great to have the option to tell her my thoughts to invoke a response responding to that particular option. Almost the entire story is told through the two characters conversing via their radios

The game starts pretty slow, you have some time to get used to the environment and perform some simple tasks. Further on during the game there is a heavy element of mystery, things really get interesting and god damn spooky at some points. The ending was alright albeit it seemed a bit rushed, the last day where everything was revealed could’ve been so much more HOWEVER I don’t think it was bad… it just could’ve been better.

Lets talk about graphics, the actual graphics of the game are pretty good, it’s exactly what you’d expect from this generation video games. The style however is something else. The style of the game is absolutely gorgeous and it was the main reason why I was so eager to pick this game up. The game has an almost cartoonish look and it’s very comparable to Team Fortress 2 in many ways. The whole game feels very polished and clean. And oh my god those sunsets, it’s so god damn pretty! 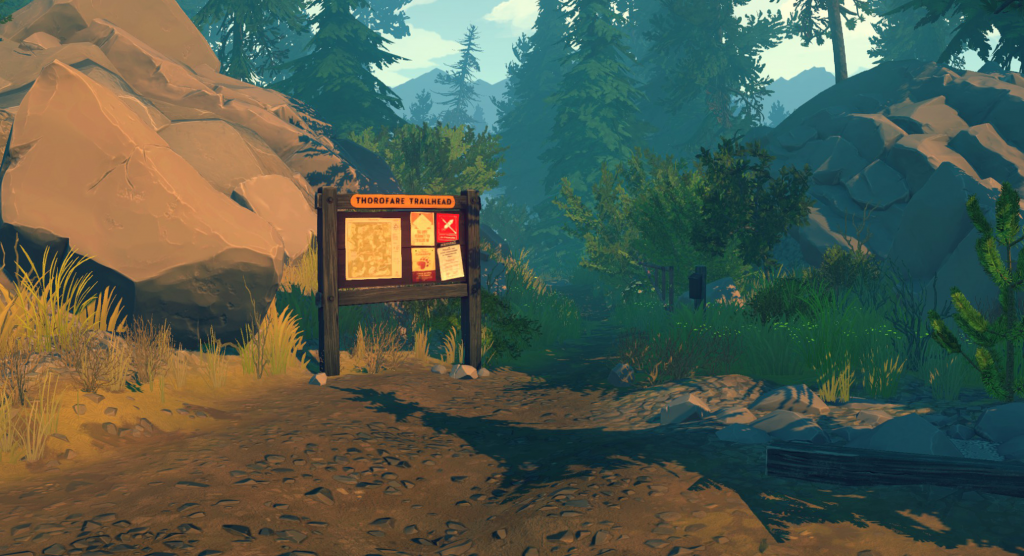 Also the soundtrack, I actually bought the soundtrack with the game on steam for and extra £3 in the bundle. It fits perfectly with the atmosphere of the game, slow guitar with some synthetic chords which get lost in the beauty of the forest, it’s quite the experience.

So should you get Firewatch?… well for the price of currently £15 I’d say it’s pretty much at the point where if it was any higher it wouldn’t be worth getting. This game is very story driven but it doesn’t hold much replay value unless you just want to have a wander through the woods.

Think about it this way – if you’re willing to spend £10 on a cinema ticket for a 2 hour movie, then you should be alright with spending £15 and buying this 4 hour long game.

I’ll defiantly be watching Campo Santo’s future developments, I enjoyed Firewatch and I think you will to!