It’s that time of year again – Apple’s set to unveil a whole host of REVOLUTIONARY CHANGES.

You can watch the keynote at apple.com/live (you’ll need an iOS device, Safari on a Mac or – somehow – Microsoft Edge on Windows 10. Weird, huh.

This year’s SubliminalRealm Apple Event Bingo should be great, Apple’s right in the middle of a media shitstorm right now with their refusal to add a backdoor to iOS (a decision we fully support, by the way) so it should be fun to see what happens.

Remember to play our drinking game, click the Apple Event Bingo Card to enlarge it. 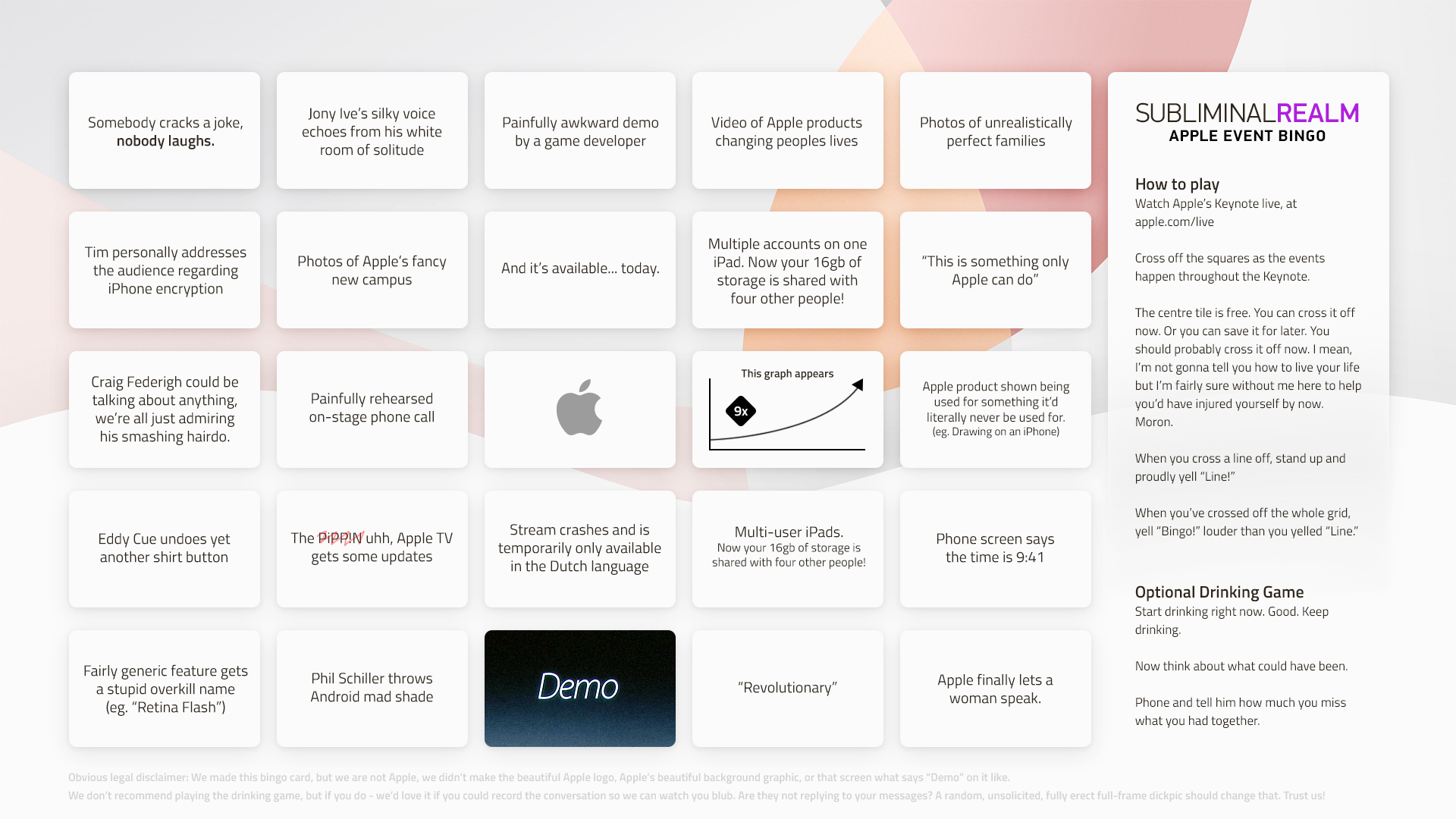