Call of Duty Infinite Warfare will include Modern Warfare Remastered, be announced next week

Infinite Warfare is the name of the new game in the Call of Duty series, and there’s been a whole bunch of leaks today surrounding its release date, its story, and what it includes.

Call of Duty: Infinite Warfare may be unveiled before next Tuesday

According to a leak posted by Jim Sterling earlier today on Twitter, the next game in the Call of Duty series may get unveiled next week!  The leaked image appears to show a retailer’s internal documents telling employees to swap one of the ‘new release’ banners in the store out with a new banner, which will be supplied by the vendor. The new banner is named “Call of Duty Reveal”

The next Call of Duty will apparently get unveiled by next Tuesday. Getting listed in retailers at any rate. pic.twitter.com/eYnVX5spdh

As if that wasn’t enough, the PlayStation Store managed to accidentally leak the title! The title was briefly visible on an empty entry on the US PS Store on PS4 (but has since been removed), which listed the name of the new Call of Duty game as Call of Duty: Infinite Warfare. Oddly, the title went live at the very top of the trending section, which kinda suggests the other titles listed there aren’t really ‘trending’ either. We’re going off topic though… 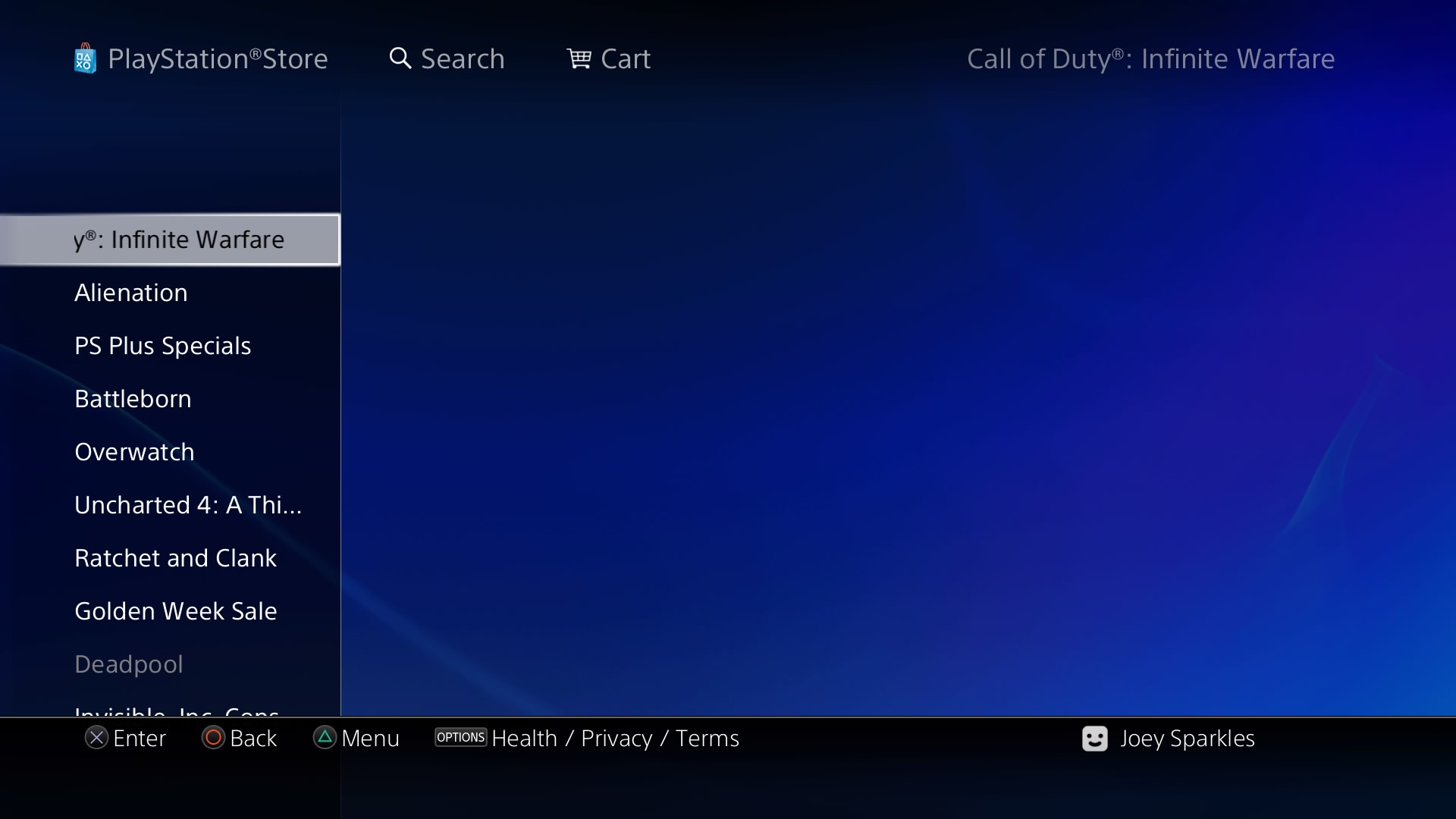 Screenshot of the US PS Store on PS4, showing the new (empty) Call of Duty page before it was taken down.

Call of Duty: Infinite Warfare will include Modern Warfare Remastered

And finally, the big one: Reddit has managed to get a hold of the cover art for this new Cawadoody game and, surprise surprise, it’s a photo of a man with a gun walking out of some smoke. Innovative.

The cover art comes in the form of a leaked reservation card for Target, and you can just see across the top that it includes ‘Modern Warfare Remastered’. 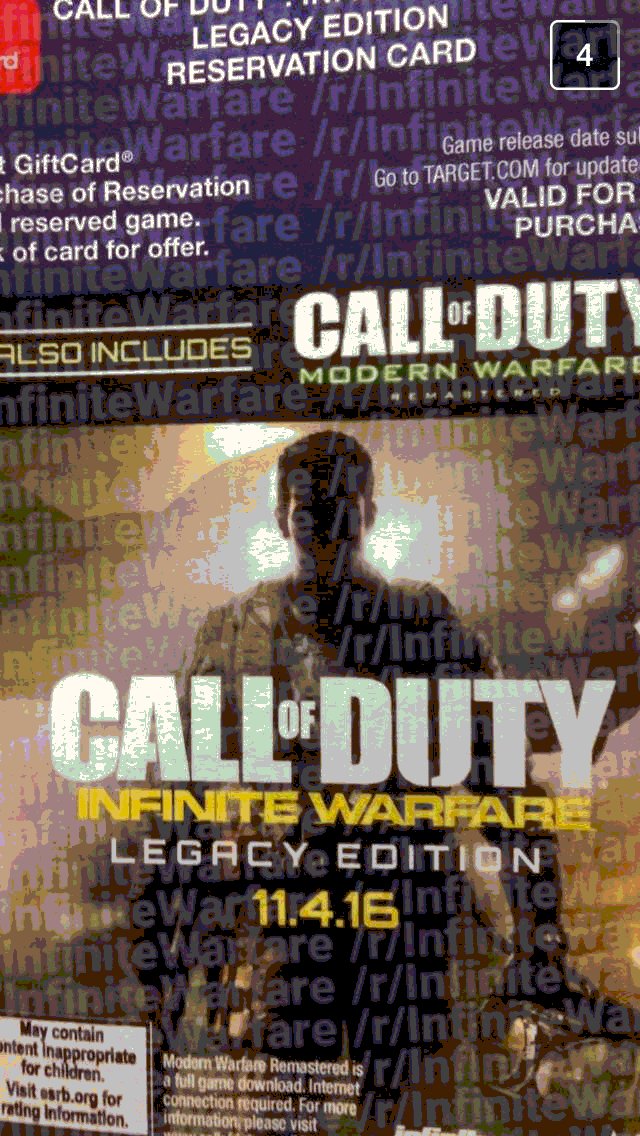 The Reddit user who posted this has since deleted their account, and Activision is yet to comment about any of these rumours. Before you get your hopes up mind you, note that “Modern Warfare Remastered” is probably just the campaign, not the multiplayer part. Having two multiplayer portions overlapping each other wouldn’t be great for the online player count of Infinite’s multiplayer (for some reason people use them numbers to decide how much happiness a game will provide to them). This’d especially be unhealthy if Call of Duty Infinite Warfare’s multiplayer sucks, in which case everybody would just hop back to Modern Warfare’s Multiplayer or even Black Ops 3’s – which would definitely not be good for Activision.